Just a thought…
Go ahead. Read and revere everything I write. I do. 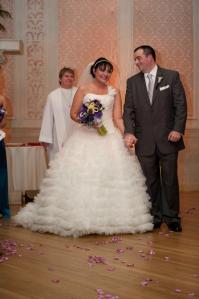 When we got married, I was positive nothing would be different. We had been together nearly five years at that point, and had lived together almost the entire time. Jason truly knew me better than anyone ever had, or ever would. He knew that, even if I went to the bathroom before I get into bed, that without a doubt, I’d have to get up one more time before I fell asleep. He knew I was neurotic. He knew I was impulsive. He knew I was single-minded and short-tempered, ambitious and emotional. Yet still, he wanted to spend his life with me.I knew that he was compassionate and loyal. I knew that he had more patience than any man I had ever known. I knew that he had no problems making a fool of himself in order to get me to laugh. I knew that he was bright and funny and charming. I knew that I wanted to fall asleep next to him every night, as long as we both shall live.

So, in the days leading up to the wedding, we’d both roll our eyes and shake our heads “no”, whenever “well-wishers” asked if we were nervous. Was I nervous I’d trip walking down the aisle? Yup. Was he nervous he’d mess up his vows? Yup. Were we nervous that the food would be bad or that a freak snowstorm would show up? Of course. Was either of us nervous about getting married? Of course not. How would things be any different?

After a year, I can admit that I was wrong (something he knows I rarely do). Things are different. We are husband and wife.

I’m still learning what that means.

But so far, I’ve figured out:

While several things have stayed the same (He is still charming. I am still short-tempered.), our bond and relationship has changed in a way that I had never anticipated. 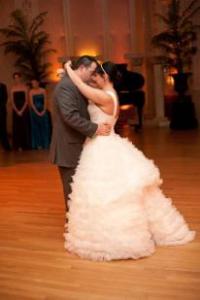 Our first dance to Michael Buble’s “Everything”

We have the same last name. We are a family.

Being married means that my beloved is mine and I am his. In good times and in bad. We are each other’s rock, each other’s safe place.

We are a family.

(Because I’m sure you are all as nostalgic as I am, here is a link to some of our wedding video. Please feel free to watch it, swoon and tear up, as I do on a weekly basis.)

Prior to getting married, the Name Change Talk was one we had in our household at least once a day. I wasn’t crazy about doing it, while my husband was

adamant about it. Those who know us know how bossy and totally overbearing I am, while Jason’s personality is very mellow and go-with-the-flow. Seeing him so resolute on the matter made me realize that I had to (should, anyways) do this for him. He complies with every insane request I have. I should be able to do this one thing for him. He said it was important to him because it showed we were a united front. He also played the tradition card. The day of our wedding, we broke many traditions, including seeing each other before the wedding. (It was my idea to do a first-look and get pictures out of the way early. Jason agreed, although not enthusiastically.) Traditionally, the bride takes her husband’s name, so couldn’t we at least do that?

I knew I wasn’t going to bother with a hyphen. How completely inconvenient those things are. And what happens when little babies make their way into this world? Are we going to hyphen their name? And what if Baby Girl Wheeler-Sadlemire marries Boy Jones-Smith? Too many names! Too, too many names.

So, I said I would change my last name to his. I told myself it wouldn’t be the huge deal I was making it out to be. I love Jason. I am still my own person. My last name certainly does not define me. I have not (yet) been published, and have not made any substantial contributions to the medical field or anything like that. So, last week I planned on making the trip down to the Social Security office and the DMV.

The Social Security office (in Troy), opens at 9, but I had been given strict instructions by several married ladies to get there at 8:30 in order to beat the crowds. So, naturally, I forget to set my alarm and wake up when Jason calls me at 9:17. Crap! I jumped out of bed, rushed to get dressed and made it into my car in less than ten minutes. I was not off to a great start.

I pulled into the parking lot around 9:45. I walked inside and, aside from a security guard, the office was totally empty. I stood there, staring at the guard for a minute, thinking that I must have messed something else up. Maybe they were closed? The security guard noticed my confusion, commented that I timed things perfectly because it just cleared out about ten minutes ago, and asked what I was there to do. I already had my form filled out, so the guard sent me right up to the window. Clutching our marriage license, I was ready to do this. In less than three minutes, Heather Wheeler no longer existed. 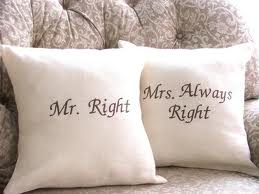 After that, I made my way over to the DMV, which had a longer wait (and a picture which I was not prepared to take. See you later, cute 21-year-old Heather. It was great knowing you. Now, I’ll have to see frantic-looking, no make-up wearing 26-yr-old Heather whenever a bartender is kind enough to i.d me.)

I got home and Jason was there, waiting for me on the couch. When I walked into the living room, we made eye contact and he started to smirk. He knew what was going to come next. He opened his arms….

“I’m not Heather Wheeler aaaannyymoooooooore,” I wailed as tears began streaming down my cheeks.

“Come on over here,” he said compassionately, with his arms ready to hold me and his mind ready to truck through this emotional storm.

Being the saint that he is, he was able to soothe me by reminding me how much he loved me, that I’m still the same person, how we’re a family, and how someday I’ll be so proud to have the same name as the adorable little kids we were sure to pop out.

Ten minutes later, I felt at peace with my decision. I am very adverse to change. I like to sit on the same spot on the couch and watch the same shows. I like to do the same workout routine. I like to go to the same Target and walk down my predetermined route, making my way down the aisles the same as always. So, obviously, CHANGING MY NAME was not going to be an easy walk in the park.

I finished the name change process (I think) this week, changing the bank, utilities, insurance and my payroll. And too bad for Jason, because (so far) I am still the overbearing woman he married. Except, now he has to call me Mrs. Sadlemire.